Khao Yai National Park is a popular destination for nature tourism in Thailand with its World Heritage forest, which is home to many rare and endangered species of flora and fauna.

We’d like to invite all nature lovers, people enchanted with Khao Yai and those with a wish to serve, to become part of looking after and regenerating natural resources. You can help conserve the environment with us as a “National Park Volunteer”. We will learn together while conserving resources and the beauty of nature to make Khao Yai

our World Heritage forest, a haven for forest trekkers, and a home for wildlife.

Hold an activity with us

Khao Yai National Park is now open for private individuals and organisations to hold various environmental conservation and regeneration activities with us. Sample activities include the following:

“Salt licks” are an essential source of minerals for wild animals. They are a source of saltiness from different minerals which occur naturally in the soil. They contain elements vital to maintain bone and muscle tissue which cannot be obtained from plants, for herbivores such as elephants, gaur, banteng, barking deer, sambar deer and many birds. The vegetation which these animals eat does not contain essential trace elements, so the animals obtain them by eating soil or drinking water from a salt lick.
Salt licks created by humans, or “artificial salt licks”, are made by digging up soil in a chosen area which is a depression, then adding sea salt mixed with soil from the area which was dug up. When it rains or there is moisture from dew, the salt will dissolve and make the soil salty. The animals which need it will then come to lick the salt. 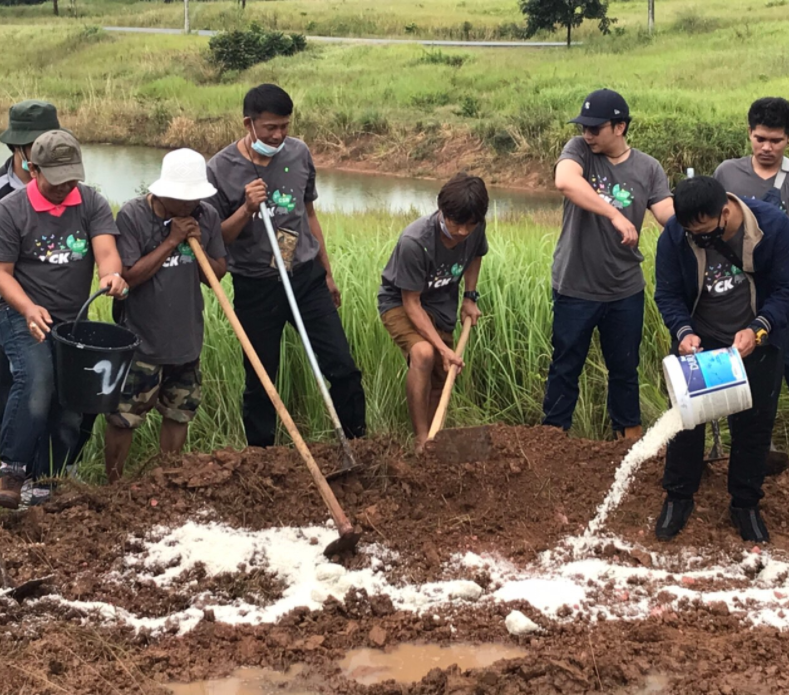 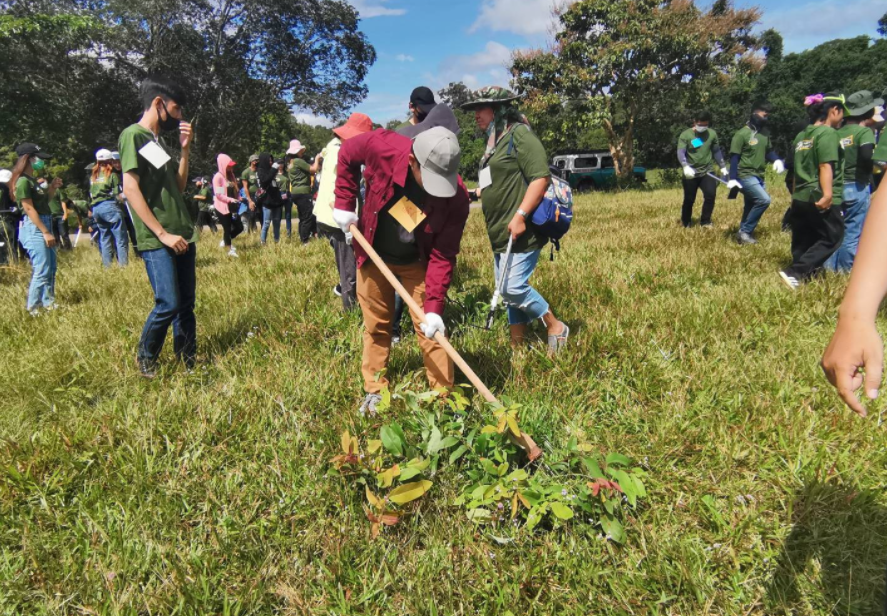 Invasive species are organisms which have never before appeared naturally in a particular area, but have been imported from elsewhere, and have been able to thrive and reproduce naturally to become a dominant species in their new environment, becoming invasive alien species.
Invasive species are a huge threat to biodiversity, which is a top conservation priority. Invasive species usually have some advantage enabling them to grow rapidly, such as a lack of natural enemies in their new environment. They appropriate natural resources from local organisms and may destroy them. Mimosa pigra, Chromolaena odorata and Cratoxylum formosum for instance, propagate rapidly and overcrowd the area. If they are allowed to cover the whole grassland, food resources available for wildlife are reduced.
Therefore, it is necessary to rid the grasslands of invasive species, by digging them up by the roots and removing them, to prevent the weeds from spreading any further.

Khao Yai National Park is popular for nature tourism. A large number of visitors pass through it all year round. One impact of irresponsible tourism is a failure to maintain cleanliness by littering natural areas, which may pose a hazard to wildlife.
To conserve nature, keep it pristine for future visitors, and ensure the safety of wildlife, anyone can hold a litter-collecting activity at tourist areas to protect both wildlife and their habitats. Affected locations include nature trails and campgrounds. 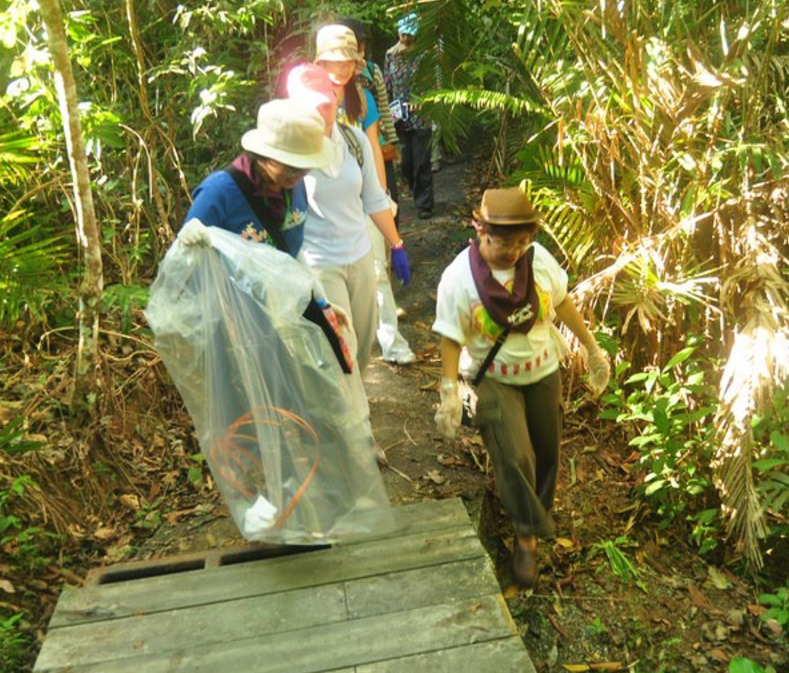